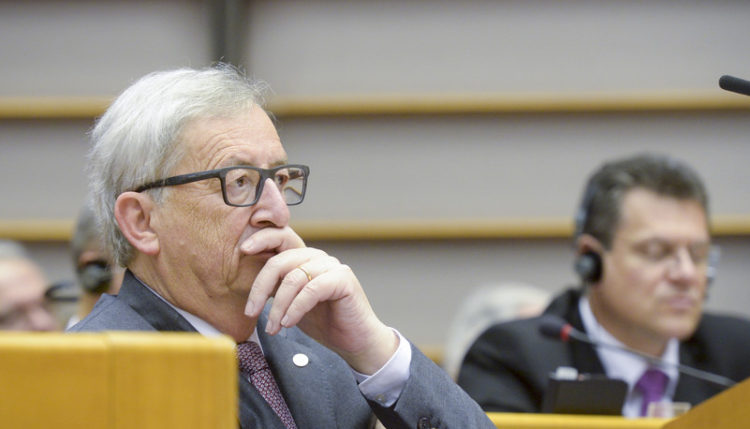 “I. Will. Not. Resign!” When a European leader – be he politician or civil servant – is choosing this as the key message of an interview or a tweet, the first question that comes to mind is: when will he resign? And the second: OMG – who is his communications adviser? Does he even have one?

One could be forgiven for thinking the quote comes from EU commissioner Guenther Oettinger. After all, he is the person immersed in not one, but several scandals. But – although it would be to his credit if he were considering resigning – this is not about him.

Okay, so who is this about? Well… it all started on Friday 18 November with European Commission president Juncker reportedly threatened to resign unless Martin Schulz remained president of the European Parliament during the second half of the legislature. A commission spokesperson did not deny the comment.

At the first midday briefing that followed (Monday 21 November), an EU Commission spokesperson said the report was biased “like most leaks”, and therefore “conveys a wrong version of the reality”. But he declined to give the correct version of reality.

Unexpectedly, just three days later Martin Schulz announced he would not run for a third term as EU parliament president. This led to many reactions about his departure, educated guesses about who might be his successor, and speculation about how Schulz leaving might entail a shake-up or even a radical overhaul of the top positions at the three main EU institutions.

Before we return to him, here are some of the most remarkable Twitter reactions about Martin Schulz’ announcement.

Columnist Tom Nutall got all excited and creative about the reshuffle:

News editor James Crisp’s wrote one of his most brilliant The Briefs:

Under Schulz "you had a gaggle of neutered MEPs swallowing down whatever was precooked by Martin and Jean-Claude." Vintage @JamesCrisp6 https://t.co/NW9kpx1fRr

The @Berlaymonster’s snark about Martin Schulz:

I can't believe Chief Fauxsocialix is leaving the the village of indomitable bores. pic.twitter.com/NorgsvMhsv

Apparently parody Donald Tusk is not the only one feeling threatened by the Schuman shuffle. Because the real-life president Juncker made the frontpage of La Libre Belgique, saying: “I. Will. Not. Resign!”

With a spokesperson repeating in a tweet this as the key message, Juncker may have managed to reassure himself. But his strong denial will only make EU watchers think there must be some truth in what president Juncker so desperately tries to postpone: his time to leave has come.

This blog has first been published at EUobserver, on 28 November 2016.