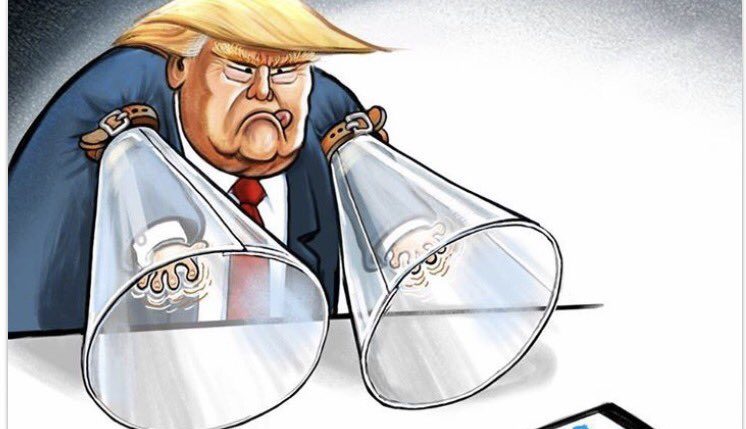 So when a friend messaged me to say she had reported Trump because it was a clear violation of Twitter Terms of Service, I agreed and I reported him too. And today I did again. Silence is complicity. More importantly: I felt it was important to share with my followers I had done so, and invited them to do the same. If President Trump is not capable or willing to behave like a President, we as civil society and @Twitter (the company) should draw the line and at least make him respect the basic principles of decency on social media.

I reported you to @Twitter for abusive / targeted harassment.

What do I think will happen? I don’t expect @Twitter to suspend @realDonaldTrump. But they should send him a warning, perhaps suspend his account for a day, and mark his tweets as ‘potentially sensitive content’ – or whatever it is they do with other accounts in similar cases. They should treat him like anyone else. If, for whatever reason, @Twitter can’t or won’t treat President Trump like any other user, they should make a public statement to explain why. But I’d much prefer to see @Twitter not have double standards.

When women challenge Trump politically, he insults them physically (30 June 2017)