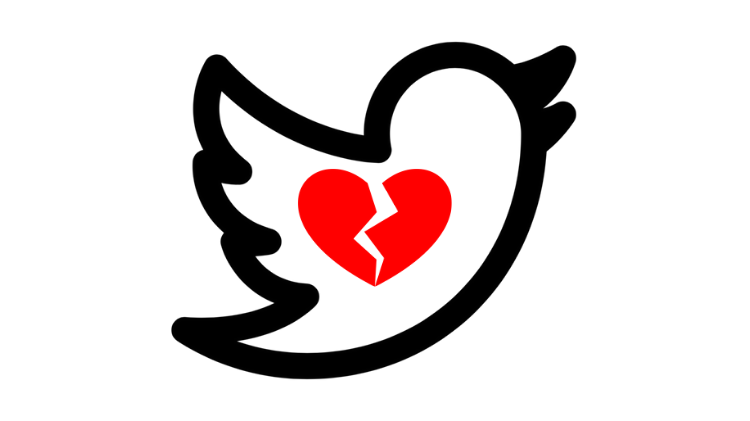 Hey all, this is Alice Stollmeyer, from Defend Democracy. I used to love Twitter. No more.

Coming from me, that may surprise you. Arriving in Brussels in 2012, I started live-tweeting EU policy events. I loved sharing about my professional passions (at the time climate and energy), about EU politics and about geopolitical and digital developments. I also loved having genuine Twitter exchanges, making Twitter friends, and even meeting many of them in real life, either for business or at #EUtweetups.

So, many of you know me as a top digital EU influencer. Some have even called me the Twitter Queen of Brussels.

But over the past years, I’ve become increasingly annoyed with social media – including Twitter. Not because of trolls or spammers; I got used to them early on and I just ignore, mute or block them. So what changed?

First of all: little by little, Twitter tweaked its features in such a way that it’s no longer as useful as a source of information. Some examples:
1. Twitter used to show tweets in chronological order. Now you can still opt for ‘latest tweets’, but annoyingly, Twitter often automatically changes back to its default setting, which shows ‘top tweets’ first.
2. Replies used to be visible only to those who followed both the original poster and the responder. Now you see not only peoples’ replies, but also the tweet they are replying to. And since people tend to engage more with lies and other types of extreme content, my timeline is often filled with precisely the tweets that I don’t want to see.
3. Final example, but there are more: why on earth would I be interested in discovering new Twitter lists from people I don’t know, some even from accounts that are no longer active or are posting far-right content?!

The second change – which is partly due to some of Twitter’s increasingly Facebook-like features I just mentioned – is that more and more, Twitter seems to degenerate in a cesspool of moral outrage. Our cognitive biases and our social behaviour, together with algorithms, are a key facilitator of polarisation. If, besides climate change, there is one thing that sometimes makes me despair about our future as a species, it is polarisation.

Think about it: if there is one thing that and foreign interference and populism and tech platform business models have in common, it is polarisation. So as long as tech platforms have polarisation as their business model, it can and will be abused by populists and authoritarian adversaries to further polarise our societies. Which means that our public debate, our shared reality and therefore our democracy remain at risk until we change that business model.*

To end on a more optimistic note: in the past year I have often wondered if I should just leave Twitter. Not just for the reasons I mentioned, but also because I simply am too busy running Defend Democracy. So I truly hesitated to end my summer’s digital detox. Now I am peeking on Twitter from time to time instead of 24/7. And perhaps that is the best way to use social media. Too little for doom-scrolling and outsmarting each other in a moral outrage contest, but just enough to still use it for good.

You can also watch this blog as a video.